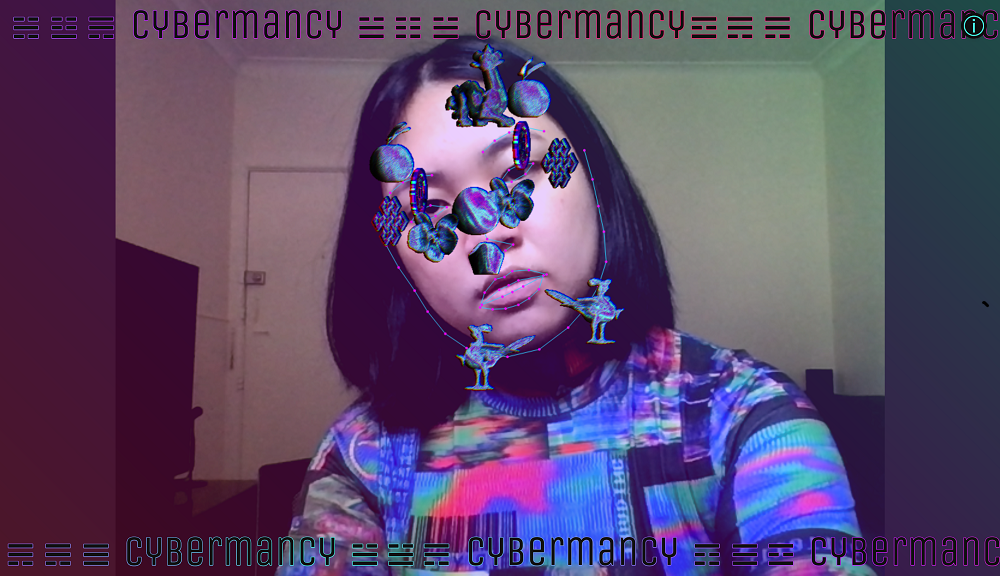 Cybermancy 2 is an interactive webcam experience based on Chinese face reading, an ancient fortune telling practice that predicts a person’s personality and luck based on their facial features. This work is a continuation of Cybermancy, which is a palm reading experience which presents the user with targeted advertisements and content based on their estimated demographic.

Chinese face reading has had lasting impacts on the standards of beauty and gender roles in East Asian society. For example, small, full lips usually correspond to positive face readings, which women supposedly desire. In this case, large lips on women indicate that they are prone to gossip and spilling secrets, so the opposite is preferred

Underneath this non-scientific exterior, analysis is done by AI known as neural networks. The AI generates facial landmarks and predicts age and gender. With this data, the user is presented with generalised information that might fit this demographic, not unlike what advertising tries to do with analytics.

Cybermancy is a demonstration of the modern problem wrapped in the guise of an ancient practice. It is hard to say whether we are being successfully read by others or we are conforming to the predictions presented to us.

Jane Fan is a software engineer and digital artist based in Sydney, Australia. Her works span a variety of mediums including illustration, 3D computer graphics, generative and interactive art. She employs web and game technologies to create her works, assisted by webcams, 3D cameras and microphones if they are interactive. Her artworks tend to have cyberpunk and algorithmic aesthetics, concerned with current and future implications of emerging technologies.